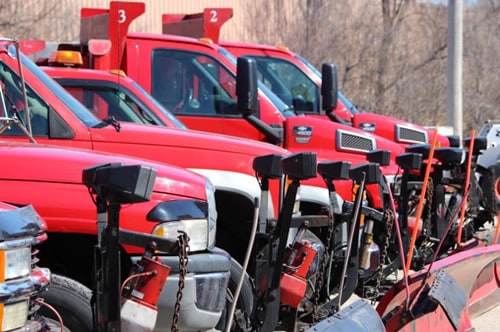 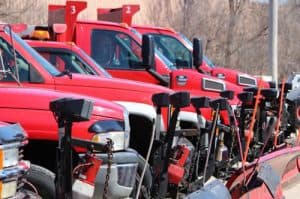 Ever wonder about what tools professional snow and ice removal contractors use to get the job done fast? This is more than a team of strong backs armed with shovels and several hours to kill; professional snow removal relies on a mix of techniques, tools, and materials to not only move existing snow and ice, but to also help keep it from forming again.

Professional snow and ice abatement teams in Chicago use a wide variety of tools and equipment to facilitate the removal of snow and ice.

These pieces of heavy equipment make the relocation of large amounts of snow possible. But what about the ice? Melting and preventing the reformation of ice relies on an approach based in chemistry rather than brawn. There are many materials which can be used to melt away formed ice, add traction, and help prevent it from reoccurring.

Some Ice Management Materials Include:

As you can see, professional ice and snow removal teams have more in their arsenal than just snow shovels. If you would like to know more about the tools and equipment used by professional snow contractors, we invite you to visit our website.