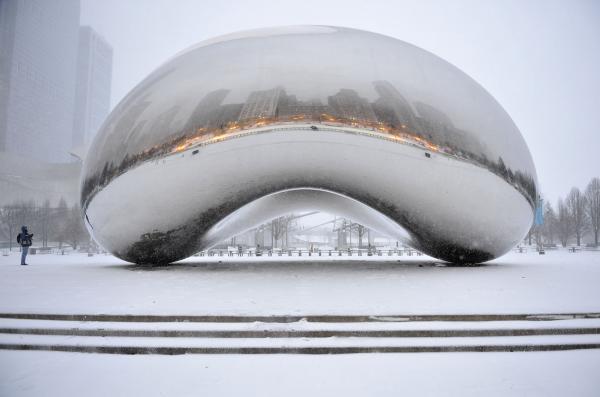 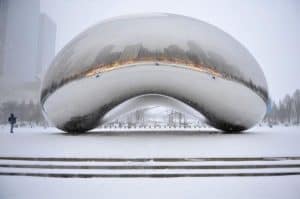 So you live in Illinois and you think you know snow? Well, you may have been buried in a Chicago blizzard or two, and you’ve survived a hard core Illinois winter filled with snow and ice, but we’re betting you don’t know a few basic facts about winter snow and ice…

1. Snow is not white

Sure, it looks white, but that’s only because of the way that light interacts with snow. Snow is made of water, and water is clear. The way that snow forms causes it to be translucent. This means that light can pass through it, but not easily. A good portion of the light that shines on snow is reflected, giving it the appearance of whitness.

In some places, snow may appear blue or even pink. Super-thick snowbanks in the arctic can create a filter effect that absorbs mostly red light. This makes the light that reflects off thick layer of snow shine with a blueish tint. Snow in some high-altitude alpine regions and coastal areas where there is a lot of cryophilic fresh water algae boast snow with a pinkish hue.

2. Not all huge snowstorms are blizzards

Say the word “blizzard,” and Illinoisans immediately know that you’re talking about a very intense snow storm. It’s a good description, but you may be surprised to learn that not every major snowfall constitutes a true blizzard.

3. The average snow fall during a Chicago winter is 38.0 inches.

As you may know, the biggest snow storm ever recorded in Chicago was 23.0 inches during one storm on January 26-27, 1967. That was a whopper since most storms only average 8.2 inches in Chicagoland. On average we get 38 inches of snow. In 2015 Chicago was ranked #20 in the United States for total snowfall, down a couple of spots based on the east coast blizzards.

You’ve probably heard that Eskimos have a 100 words for now, but this is actually a myth. According to Wikipedia the Eskimo-Aleut languages actually have about the same number of distinct word roots referring to snow as English does. It’s just that the structure of these languages tends to allow for more variety as to how those roots can be modified in forming a single word.

Did you ever make a snow angel? All you have to do is lie on your back in the snow and wave your arms and legs to create the appearance of an angel’s robe and wings. That was the idea, when 8,962 school students got together and made snow angels in Bismarck, North Dakota on February 17, 2007.

How’s your snow situation right now? If you are up to your ears in ice and snow, you can call on Brancato for timely and effective snow and ice removal. We proudly serve Elk Grove and surrounding Chicago areas. To schedule snow removal, contact us today.