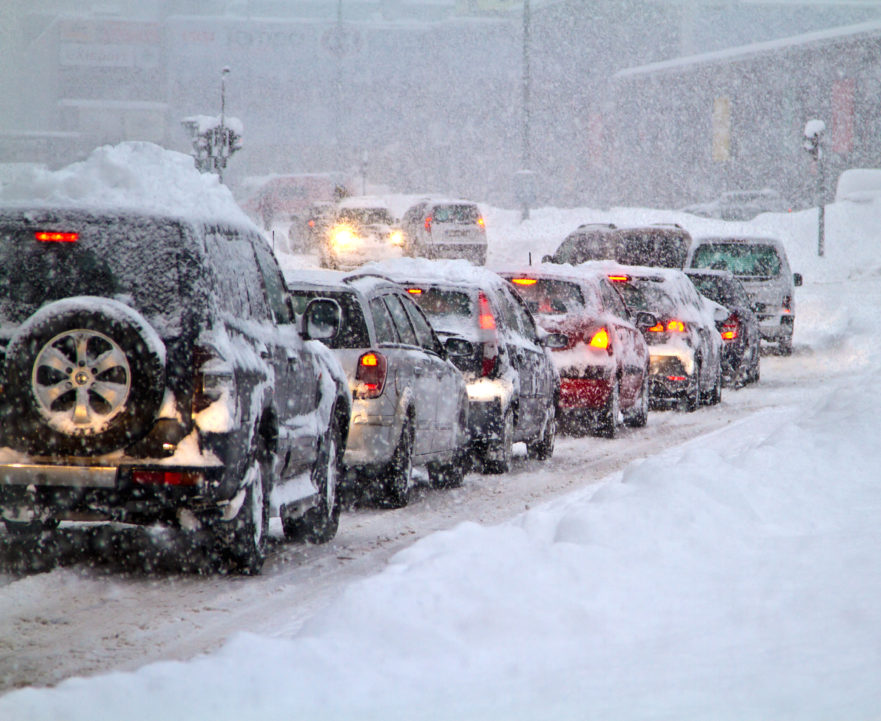 The party is over when you have to call in snow removal services to get things moving again.

When you think of New Year’s Day you think of parties and celebrating, not snow removal services.  It’s the last party of the year and the first of the next one.  The last thing you want to deal with are the real-world, adult problems of snow plowing and ice management.  But some years you just don’t get a choice.  For those of us in Chicago and the Great Lakes, January of 1999 was just such a time.

Lulled Into a False Sense of Security

December had started the way you don’t really want a December to start, warm and dry.  It was just a continuation of the past two months, more of the same.  It didn’t look like there was any hope of a white Christmas…and sure enough, there wasn’t.  The temps had dropped just before, boosting the hope of children across the region.  Those hopes were dashed quickly as temps rebounded.  In Chicago, Christmas Day was above freezing and the day after was in the 40s.  Too cold for autumn fun and too warm for winter fun.  A few days later the mercury dropped again, though.  A frosty start to the new year.  That drop was only the precursor.

Meteorologists saw the growing potential for a winter storm as two separate shortwave troughs formed on the northern and southern branches of the jet stream.  The northern one formed off of the Eastern Slope of the Rocky Mountains and moved across the lower plains and Texas Panhandle.  The southern one ran across the Gulf of Mexico, funneling warm, moist air north.  The southern trough provided all of the energy that the northern trough needed to become a powerful low-pressure system.

Severe thunderstorms exploded across the Southern US. as the intense storm moved over Arkansas on January 2nd.  Snow removal services companies prepared as the storm changed course, moving north-northeast toward upper Illinois and Indiana.  The precipitation changed to moderate to heavy snow as the front advanced into the more northern states.  According to  NOAA-NWS, “snowfall rates of 1-2 inches per hour were common throughout the day. “

The storm tracked across southern Missouri and into Illinois with catastrophic results. By the time the storm reached the capital building in Springfield, the snow was flying in earnest. Visibility was reduced to nothing and roads quickly became impassable. Motorists that had braved the storm found themselves stranded, especially on the county roads and side streets. Peoria, IL was eventually buried in 14 inches of the white stuff that started flying early Saturday morning.

The storm moved northward into Chicago, grounding planes at O’Hare and Midway airports. Chicago’s Midway and O’Hare airports reported nearly two feet of snow, nearly breaking the 1967 record. As the metro area slowly closed down, the massive storm took a turn to the Northeast, taking aim at Detroit and Toronto. Thousands of flights were canceled in multiple airports; hundreds of thousands of travelers were stranded for days in the US and Canada.

Snow removal services were stretched to the breaking point. Roads were blocked by the rapid snowfall and snow plowing was increasingly difficult. Plows were stuck on the sides of the road and other stranded vehicles made the roads that could be plowed difficult to manage. Lake-Effect snow off of Lake Michigan affected communities 10 miles inland with enhanced snowfall amounts, almost doubling them. High winds blew freezing rain and then snow across the busy lanes of Lakeshore Drive. Consequently, the busy thoroughfare was closed for the first time in its history. Snow closed rail lines across the city and roads were impassable.

The storm moved onward into northern Indiana, Michigan, and Ontario. The snowfall amounts remained impressive, albeit, not to the level seen in Chicago. Detroit, Michigan saw an ending snowfall measurement of almost a foot, closing roads and public buildings. Other parts of the state experienced greater snowfall amounts depending on their proximity to the lakes and Chicago. Further south, portions of Indiana, Ohio, Pennsylvania, and New York experienced freezing rain and ice accumulations. Particularly hard hit were the Rochester, NY area and the Genesee Valley. Those areas experienced a significant ice storm which produced numerous power outages and treacherous roadways.

As the snowstorm moved across Southeast Canada, frigid air moved in behind it. This made clearing the snow and debris all the more difficult and dangerous. Temperatures dropped to -20 degrees Fahrenheit in most areas, with the areas with more significant snowfall dropping thirty degrees lower. That included the Chicago area, southern Wisconsin and Michigan, northern Indiana and Ohio, and southeast Canada. The unusually cold temperatures created large ice floes in the inland waterways throughout the region. This caused shipping delays and property damage. Schools in Wisconsin, Illinois, Michigan, Indiana, and Ontario were out for days.

The financial cost of the storm was an estimated 300-400 million dollars. This was primarily based on the loss of business revenue, property damage, and the cost of snow and ice management. President Bill Clinton declared forty-five counties in Illinois and some areas in Indiana to be federal disaster areas. Those areas were able to apply for and receive federal financial aid.

The storm caused a nationwide blood shortage. A large percentage of the blood donations given come from the Midwest. With so many people unable to come due to the snow and subsequent cold snap, donations plummeted. American Red Cross offices and hospitals across the nation had to step up local donation campaigns to try to meet the need.

Overall, the death toll from this storm was nearly eighty people. The majority of people died from automobile accidents. In total 39 people lost their lives in automobile accidents across the Northcentral United States. There were five deaths related to snowmobiles. Health-related deaths from over-exertion made up most of the rest, representing over 40% of all deaths during the storm. Two people froze to death.

Only The Beginning For Snow Removal

As the storm moved off into New England, there was already another one moving in from the West. The northern Great Lakes area and Southeastern Canada were hammered by a series of snow storms that collectively dumped almost 50 inches of snow. in ten days. Consequently, Toronto was buried under 46 inches of the white stuff. This prompted the then-mayor Mel Lastman to call in the Canadian Forces. The city, which normally receives only a fraction of that amount in any month, was completely paralyzed. The army corps cleared snow and helped with policing the area. Lastman and the city of Toronto withstood much ridicule from the media and parts of Canada that routinely receive as much or more snow. Nonetheless, the corps succeeded in getting the city back up and running quickly.

The rest of the province was not so fortunate. There were many small towns across southeastern Canada that were buried in heavy snow for weeks. The brutal cold that moved in behind the fronts exasperated an already difficult situation.

How Will You Handle The Next Snow Emergency?

Residents and businesses across the area affected scrambled to handle the snow emergency that the New Year’s Storm created. This stretched snow removal services to their limit during the week or more after the first flakes fell. They helped those in greatest need first before focusing on their customers next. We were there for this storm, assisting our customers to get reopened faster and stay open more safely, reducing the cost of the storm on their bottom line. We want to provide the same excellent and prompt service to you!

Contact us today and get your free quote. Our sales staff are friendly and knowledgeable and would love to help you figure out how best to meet your snow removal service needs. After that, one of our service managers will set up a site visit and we will get the process moving forward quickly and easily!