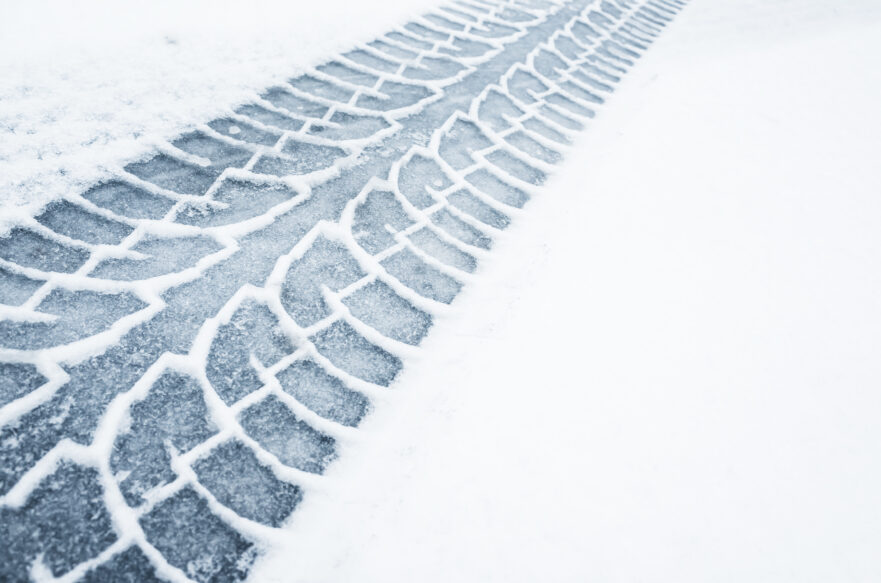 There will be a lot of snow plowing this winter!

Nothing gets business owners thinking about snow plowing more than the words “polar vortex”!  As we look toward the winter months there are increasing signs that there will be plenty of the white stuff in the coming season.  This is based, in part, on signs that there are early disruptions at the beginning of the winter cycle of the Polar Vortex.  These disruptions will have ramifications on our weather throughout this winter.

What Is The Polar Vortex?

The Polar Vortex (or circumpolar vortex) is an area of cyclonic winds around each pole that typically strengthens in the winter and weakens in the summer.  While it technically exists throughout the year, it is much stronger in the colder months.  They extend upwards within the Polar Circle starting in the stratosphere and extending downward into the troposphere.  At its strongest, the vortex has only one cyclone.  However, it usually is more elongated and consists of two cyclones over Canada and Siberia.

This area of low pressure is greatly dependent on the temperature difference between the poles and the equator.  When the area around the poles are colder then the vortex will strengthen.  A strong polar vortex means that the jet stream will also strengthen and hold in a steady circular pattern.  This holds the coldest polar air in the Arctic (or the Antarctic) Circle, creating milder conditions for most of the United States and Europe.

If the variations are lower due to the warming of the northern latitudes, the vortex will be weakened.  The jet stream will then begin to dip further south in waves.  This allows for the vortex to be affected by other weather patterns.  These disruptions will cause smaller vortexes to form and break off from the main one, pulling arctic air down into the lower latitudes.  Everyone in the snow plowing industry watches for these small vortexes which usually produce Alberta Clippers and other similar storms.

Early Signs From The Polar Vortex

According to the Severe Weather Europe website, the Polar Vortex for the 2022/2023 Winter Season has just started to form over the North Pole.  This year’s vortex is forming relatively normally, but there are conditions developing in Siberia that could impact the vortex in its early formative stages. Depending on the number and strength of those disruptions, and how early they happen in the formation of the vortex,

As we near the month of October there are temperature anomalies over Siberia that could disrupt the formation of the vortex.  The effect of this high-pressure system would be to weaken it and leave the vortex susceptible to the effects of other weather events.  Often a second high-pressure system will develop on the other side of the vortex putting a strain on the system.  This effect begins to slow down the jet stream, allowing the vortex to begin to distort.

Putting pressure on the other side of the Polar Vortex is an unusual third-year La Nina.  As David Powell from Weather Edge explains, this is likely a result of the explosion of the Hunga Tonga-Hunga Ha’apai volcano in January 2022.  This eruption increased the amount of water in the stratosphere by 10%.  He argues that this event is the cause of the extreme weather that has been experienced across the globe this year. In addition to the droughts and heat waves that have occurred in other parts of the world, he believes that this third consecutive La Nina event is linked to the eruption. The addition of this weather phenomenon will certainly affect the stability of the Polar Vortex this winter season.

The News Goes From Bad To Worse

The second major factor in a weakening polar vortex is snow cover on the Siberian plateau.  According to Severe Weather Europe, “Multiple studies have proved that the snow cover extent in October over Siberia has an effect on the weakening of the stratospheric polar vortex.”  The increased snow cover intensifies the Siberian high-pressure area, which, in turn, presses on the Polar Vortex.  This pressure creates drag on the jet stream, consequently slowing it down more.  Siberia already has more snow on the ground than normal for this time of year, with more in the forecast.

As we move into winter with a weakened Polar Vortex there are additional complications that could intensify the effect.  For instance, the high-pressure systems on either side of the vortex strengthen and push more energy upward into the stratosphere.  If this happens, the Polar Vortex can temporarily collapse.  The subsequent result could be severe winter storms much further south than normal.  Additionally, there could be extreme cold fronts that drop down from the polar region.

What Does This Mean For Snow Plowing?

The effect of a La Nina on the United States is usually colder and snowier in most of the northern half of the United States. It normally produces warmer and drier conditions in most of the southern part of the country. That forecast may be modified for this year. Both the Farmers Almanac and the Old Farmer’s Almanac are calling for increased snow and cold in the northern portions of the country. The only point of departure is that the Old Farmer’s Almanac is calling for the Pacific Northwest to be drier with milder temperatures. In both forecasts, we are looking at increased snow and below-average temperatures from the Rockies to the Atlantic Ocean.

So what does that mean for us up in the Great Lakes Region and Mid-Atlantic? Most forecasts are predicting increased snowfall and much colder temperatures for the 2022-2023 winter season. In the past, we have seen back-to-back snow storms out of these scenarios. The extended and more pronounced cold will keep that snow on the ground longer. That will set us up for the usual thaw-freeze cycle as the pavement warms up slightly with any sunlight only to freeze the water into ice at night. Businesses will want to plan for snow plowing for their parking lots and snow clearing for their sidewalks. There will need to be an amount of ice management, as well.

The coming winter weather isn’t going to pull any punches…and we are ready to fight back on your behalf! We are already preparing for a rough winter season. We have been stockpiling supplies and doing maintenance on all of our equipment. Our customers aren’t going to have to wonder if we are going to be there for them with everything that we need. Our experienced staff and state-of-the-art equipment will get their businesses cleared of snow and ready to get to work!

Aren’t one of our customers yet? A snow removal service contract with Brancato will ensure that we have you covered no matter what winter weather is headed our way!  Contact us today and get your free quote.  Our sales staff are friendly and knowledgeable and would love to help you figure out how best to meet your snow removal service needs.  After that, one of our service managers will set up a site visit and we will get the process moving forward quickly and easily!