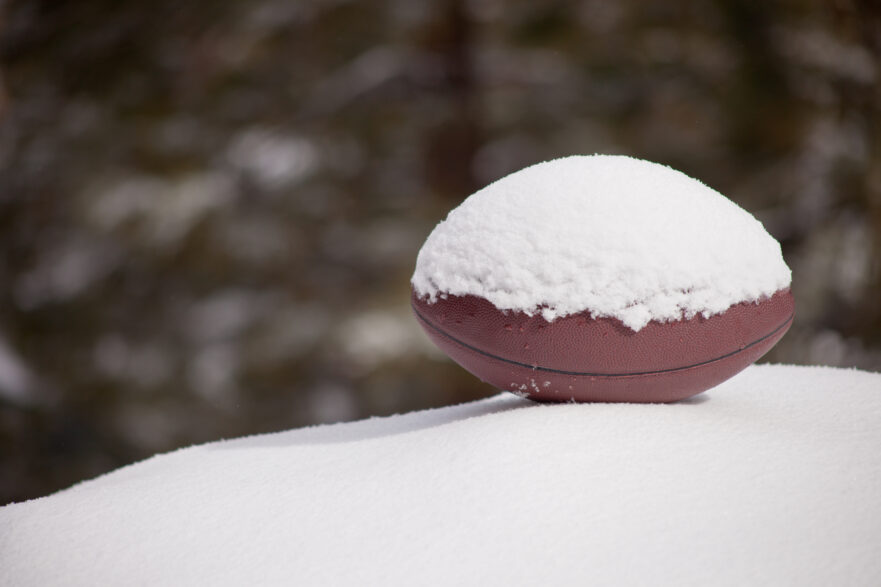 Show everyone that you can handle snow removal like a champion!

We often look at the worst-case scenarios for snow removal.  You know, the ones where everyone failed to plan properly and were caught unprepared for that terrible snowstorm back when.  But what about those times when the snow came out of nowhere, but we got the job done?  Those times when people grabbed the keys to the snow plow or the handle of the snow shovel and headed out into the blizzard undaunted.  At the end of January of 2015, Chicagoans got the chance to show the world what they were made of.  We pulled on our winter coats and joined together to show everyone what can be done when we have the proper tools and the right people in place to meet a storm head-on.

A Bright Spot in a Gloomy Time of Year

The end of January brings many things to mind for Chicagoans.  Many consider it the last run of winter, being only a month or so away from the chilly beginnings of spring.  Many others are distracted from the cold by more immediate pleasures.  Among those pleasures is preparing for the Super Bowl!  After a break from the festivities of December, the hustle-and-bustle of party preparations brings the blood back to our hands and feet.  There are supply runs and snack platters, some even cook up shrimp, or ribs, or chili.  Wonderful aromas fill the air as friends and family arrive for a day of pre-game chatter and armchair quarterbacks.  Such was the case in Chicago in 2015.  As folks were getting their final supplies for the big party, Mother Nature had other plans.

The 2014/2015 winter season had been fairly quiet for northern Illinois and Indiana.  There had been a few days with light snow, but nothing too noteworthy.  Since November, Chicago had only gotten around 15 inches of snow.  It was pretty easygoing that winter.  Folks were starting to wonder if winter might just give way soon and let spring roll in.  But there was still February to deal with, and that month has always kept a little treachery on the table as a possibility.

An oft-repeated pattern emerged during the last couple of days of January.  On the 30th, an upper-level low-pressure system moved onshore into California.  This system pulled moisture from the Pacific Ocean.  It moved across into the mountains of Arizona and New Mexico.  As it moved East it began to track further south into Mexico.  By January 31st, the storm was gathering moisture from the Gulf of Mexico and feeding it into the central United States.

Meanwhile, an arctic cold front was moving south through the High Plains.  As the northern trough drew near to the influence of the western front, another low-pressure system began to develop ahead of it.  The circulation patterns of the two storms drove the north toward the east.  As the northern storm progressed across the central plains it began pulling in the intense moisture from the southern storm.  On February 1st, the northern storm (soon to be dubbed the “Super Bowl Blizzard”) began its 1900-mile-long trek to the Atlantic Ocean.

The temperatures ahead of the storm didn’t give an indication of what was to come.  Highs were in the thirties throughout the metropolitan area, with Chi-Town itself topping 39 degrees.  As the storm moved closer those temps dropped into the twenties.  The lowest temperatures would come on the back-end of the front, which brought lows near zero.

As the storm organized into a blizzard, it developed intense snow bands with snowfall rates of 2-3 inches an hour.  The first flakes in the Chicago area fell before 6:00 PM, but within hours it was snowing hard.  Ahead of that snow, and coming along with it, were strong winds that would frequently gust up to 35 MPH, with sustained winds of 20-25 MPH.  The combination of these conditions led to a blizzard warning being issued by 4:00 AM on February 1st.  The strong winds caused whiteout conditions as the snow was driven through the streets of Chicago and the surrounding area.

Snow Removal Crews Get to Work

The earlier snow had been wet and heavy. But as the temperatures fell the snow transitioned to be more light and fluffy.  This caused even more issues with blowing and drifting snow.  Chicago and other northern Illinois cities chose to meet the storm head-on.  City plows were joined by snow removal companies to begin clearing the streets and parking lots early.  It was not an easy task.  The snow continued with the same blowing conditions for over 33 hours, covering the metro area in 19-22 inches of snow.  The winds blew snow back over plowed streets almost as quickly as they were cleared.

The hard work paid off in the end.  As the storm passed by and the snow and wind eased up, Chicago found that almost 80% of its primary streets had been mostly cleared.  By Monday night, the numbers continued to tip in favor of the snow removal crews.  This allowed them to begin focusing on the side streets and residential areas.  Residents came out in force to clear sidewalks, dig out vehicles, and unblock alleyways.

Historic Storm During an Amazing Game

The Super Bowl Blizzard of 2015 was Chicago’s fifth biggest blizzard.  But, as one journalist observed, we basically shrugged it off (HuffPost).  In spite of the amazing championship game between the Patriots and the Seahawks, Chicago got to work. Their efforts kept the Windy City from falling into the same chaos experienced by other cities that had just the threat of extreme winter weather.  Just a week before this blizzard, New York City had stumbled through a botched meteorological report that warned of a “historic” blizzard that never arrived.  Mayor de Blasio announced a travel ban ahead of the anticipated storm and even the city’s subway system was shut down for ten hours.  There was also a reported shortage of kale in the city. When New Yorkers woke up the next morning there was a paltry 7-8 inches, easily handled by their snow removal crews.

While the Big Apple had fallen victim to a fictitious superstorm, the very real storm that hit Chicago a handful of days later made itself felt.  Airline flights, trains, and buses out of the city were the only things that halted completely.  Amtrak heading to Quincy and St. Louis was canceled due to snow on the tracks further down the line.  O’Hare International and Midway canceled flights on Sunday and Monday, with passengers from approximately 3,000 flights stranded at the airports.  Greyhound bus lines were shut down as well.

Chicagoans, however, enjoyed the moment as they shined in the spotlight.  While similar snowstorms have brought the City of Broad Shoulders to its knees, in 2015 we showed our mettle.  The Monday commute was certainly a bear, but we took it in stride as snow removal crews continued to work hard.  By Monday morning CTA buses were back on their regular route, but with some delays.  The CTA train lines were also experiencing a few delays, but were mostly running on time Monday morning.  Even though the roads and transit lines were back open, the same wasn’t true for many businesses.  Some businesses were able to open quickly. Unfortunately, many others still struggled to clear their parking lots and walkways to accept customer traffic.  Local snow removal companies were essential to getting those businesses reopened as cold temperatures kept the snow and ice fully present.

The only resident to not take the storm in stride was our neighbor, Lake Michigan.  As usual, the storm stirred up our tempestuous lake. The Coast Guard issued its normal warnings in such situations, for pedestrians and boaters alike.  It would take two more days at least before it calmed to most people’s comfort for walking near it or venturing out on it.

Don’t you want to handle the next winter storm with a shrug instead of a stumble?  How well have you planned for your company’s snow plowing and snow removal services?  Will your business be paralyzed under unanticipated snowfall as your competitors reopen for business?  Protect your business today!

A snow removal service contract with Brancato will ensure that we have you covered no matter what winter weather is headed our way!  Contact us today and get your free quote.  Our sales staff are friendly and knowledgeable! They would love to help you figure out how best to meet your snow removal service needs.  After that, one of our service managers will set up a site visit and we will get the process moving forward quickly and easily!