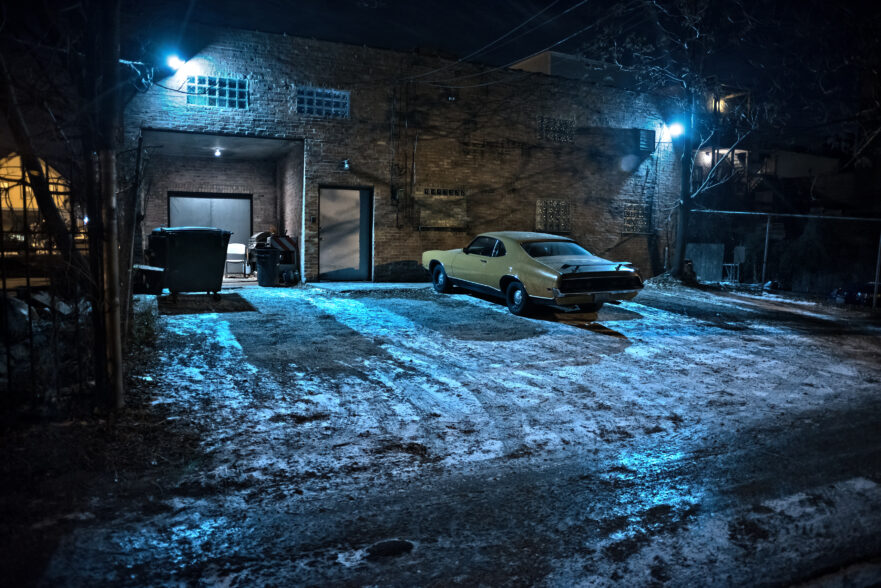 Commercial snow removal is important, no matter when you need it.

Most people don’t think about commercial snow removal, they simply rely on it. As a business owner, you need to be thinking about the things that your staff and customers just take for granted. Year after year, one of the things we can count on is that there will be snow. Will you be ready?

A Tale of Two Snow Storms

The fact is that there will be a snowstorm this year. The part we don’t know is when that storm will come. Each year brings a different set of circumstances and conditions. But sometimes patterns emerge where you weren’t expecting them to. In late March 1970, folks were anticipating a warm-up toward true spring temperatures. The beginning of the month had teased the establishment of that warmer season, only to let them down shortly afterward. Now the mercury was inching upwards again. Would they finally be able to hang up their heavy coats and break out the jackets?!

As the month pushed into the later days, some older folks began to remember a time in their distant memory. A time when their hopes for a warm spring were momentarily paused to make way for one of the biggest snow storms in Chicago history.

A Blast From The Past

Forty years earlier a similar pattern had presented itself. March of 1930 strolled in with cool temperatures, but always the promise of warmer weather. While the middle of the month struggled to stay near forty degrees, by March 22nd forecasters were calling for a warmer weekend and maybe some early spring showers. The thermometer pushed up slightly and children and teens were anxious to break into spring!

But the system that weathermen had been watching was not destined to bring more temperate weather with cool showers. Instead, it connected with a more northern system and drew in bitterly cold temperatures into its heart. The cool rain transformed into wet snow and the gentle spring front became a final winter vortex.

As the late winter storm descended on the metropolis, businessmen and farmers scrambled to meet the needs of those that relied on them for basic necessities. City leaders called for any farmer with the ability to bring milk and eggs to market to do so with urgency. Despite their best efforts, an estimated $40,000 (over 600,000 in 2022 dollars) worth of milk was lost on the highways leading into Chicago. Store shelves quickly emptied of food.

The gradual nature of the storm, as well as its late arrival, was the greatest danger in the storm. People had been preparing for the impending spring and had stored away tools and other implements to help battle the storm. Rain gave way to sleet that gave way to snow, making the roads a slushy mess. Temperatures fell slowly but high northeast winds created a dangerous windchill. The wet snow instantly clung to whatever it fell on, encasing automobiles and trucks. This made travel treacherous. The new curved plow blades that municipalities and commercial snow removal companies had recently started using helped, but were still challenged to move that much snow.

The City Of Broad Shoulders Brought To Its Knees

Over March 25-26, 1930, Chicago had gathered a total of 19.2 inches of snow. The high winds had gathered it into drifts of 4-5 feet in depth. Snow fell for over 43 hours without interruption. Temperatures dipped below freezing and the cold winds blowing at upwards of 35 MPH made traveling by foot a dangerous and difficult ordeal.

The elevated rail system that the city relied on for transportation was stopped fast. It took 20,000 men and almost $1,000,000 to clear the tracks and get the trains repaired. Mechanics throughout the city worked feverishly to repair damaged cars and trucks to get the city working again.

The snow melted quickly, however. The stronger March sun helped snow-clearing efforts in the two weeks following the storm. By April 9th, the city set its earliest recorded 90-degree temperature.

As the calendar marched toward March 25, 1970, the weather was acting a bit familiar. The same peak and dip in the temperatures, with the beginnings of a recovery. Spring felt like it was finally about to bloom. It had been a long, hard winter. By the time March had rolled around Chicago had shoveled through 50 inches of the white stuff. Along with that 1969-70 season of snow had come 11 days of sub-zero temperatures. Even the most hearty, snow-loving Chicagoan was ready to have a break.

On Monday, March 23rd, the temperature hit 52 degrees. The heavy coats were set aside for the light jackets and the snow boots were shoved a little further toward the back of the closet. Commercial snow removal companies were making lists of equipment that needed to be repaired or replaced after such a rough winter. Then came March 25, 1970.

The storm that was forecasted was only supposed to bring a couple of inches at most. It would be a blow to morale, but only a light slap on the back really. The storm would pass and spring could get back to work. What happened next was anything but a brief pause.

The storm that blew into Chicago that day came with violent force. Wind speeds topped 50 MPH as temperatures plummeted more than twenty degrees. As white sheets blew across the streets there was the low growl of thundersnow throughout the city. Over 14 inches of heavy, wet snow fell over those two days. It blew in drifts against houses, businesses, and municipal buildings. Commercial snow removal services were challenged to meet the need and worked long, hard hours to try to keep stores, medical centers, and other essential businesses accessible.

Once the storm was over the real work would begin. The El was stymied and city streets were a mess. Snow plows and shovels were hard at work clearing important areas first and then helping to make roads and sidewalks passable. The temperatures stayed below freezing for most of the week following the storm, slowing the recovery efforts.

Just as the city was feeling like it was coming back to normal, the temperatures began to plummet again. The temps had finally nosed their way above the freezing mark and the snow was beginning to recede. Folks had been looking forward to enjoying the friendly rivalry of the then-annual pre-season series between the Cubs and the White Sox. But the next storm was just as unrelenting as the last one.

The strong northeast winds picked up again just five days after the last flakes fell from the previous storm. The thundersnow blew across the metropolis again with frigid temperatures. Traffic disappeared off the roadways and the CTA struggled to keep the buses and trains running. The storm dumped another 11 inches of snow across the city and its suburbs, totaling over two feet of snow in less than ten days.

The storm brought another round of heavy, wet snow with high winds. The combination coming so soon after the previous storm caused heavy damage to power lines, trees, and shrubs. Property damage added up quickly and power outages lasted for days. To add insult to injury…the Cubs-White Sox series had to be moved to Tulsa, Oklahoma to be played in its entirety.

Two For The Snow

The Chicago Tribune noted in a 2021 article that the double snowstorm was crippling for a city that had already struggled with such a difficult winter. The total snowfall for the 1969-1970 winter season was over 77 inches, making it the snowiest on record up to that point. That record would be beaten in just seven years.

Don’t let this year hold any surprises for you that you haven’t prepared for! We have been stockpiling supplies and doing maintenance on all of our equipment. Our customers aren’t going to have to wonder if we are going to be there for them with everything that we need. Our experienced staff and state-of-the-art equipment will get their businesses cleared of snow and ready to get to work!

Aren’t one of our customers yet? A snow removal service contract with Brancato will ensure that we have you covered no matter what winter weather is headed our way! Contact us today and get your free quote. Our sales staff are friendly and knowledgeable and would love to help you figure out how best to meet your snow removal service needs. After that, one of our service managers will set up a site visit and we will get the process moving forward quickly and easily!