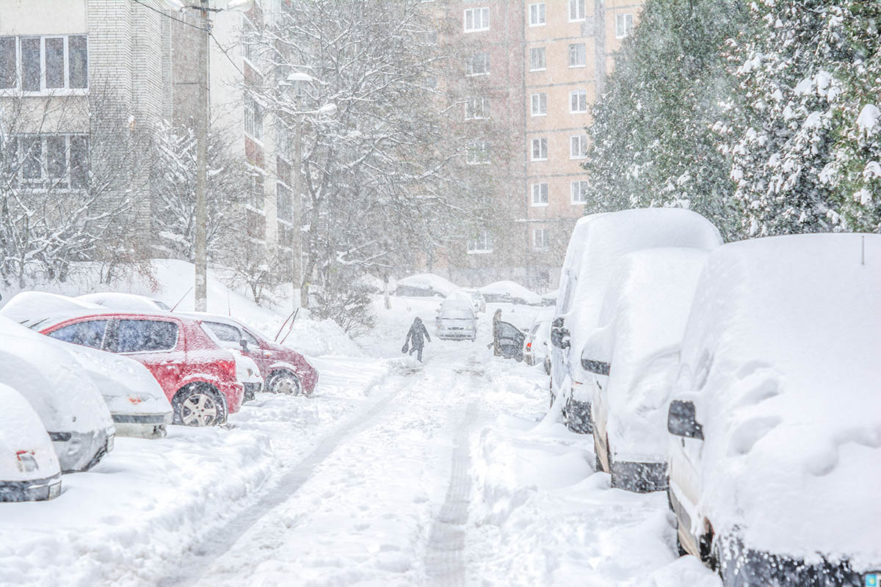 Commercial snow plowing contracts help your business to stay open and relevant throughout the coldest months of the year.  The occasional snowstorm can interrupt the plans of even the most hearty adventurer, and can certainly hamper business.  Just getting dug out at home is difficult, but then you have your business to dig out.  That’s where the snow plowing contractor comes in, making sure that your business is ready for you when you are finally able to get to it!  But what if it isn’t just one snowstorm?  What if you have to dig out of two in a row?

In mid-February of 2010, the Mid-Atlantic states were digging out of one of the worst snowstorms on record.  The storm was so overwhelming that it was nicknamed “Snowmageddon “.  The name represented the cataclysmic effect it had on two countries, as well as specifically for the Mid-Atlantic region.  In its earliest stages, it flooded the majority of Mexico while still burying the southern Rockies in snow.  It had closed governments and businesses and kept them closed for days.  Municipalities were challenged to find places for the white stuff and power companies were scrambling to restore power.

But as the collective mindset moved from shock to determination, another storm came roaring out of Canada with high winds and bitter cold.  Just as people were beginning to get their lives (and their power) back, this storm threatened to push them back again.  The sarcastic reaction to the second storm was evident in its own nickname: “Snoverkill”.

Pittburgh Sees a Glimmer of Hope

PENNDOT snowplows rolled into the city.  Their arrival meant the beginning of measurable progress in the fight to clear the streets of Pittsburgh.  With the huge state plows clearing the highways coming into and intersecting the city, the municipal plows could focus on the local snow routes.

The city’s 305,000 residents would finally be able to travel to their grocery stores and pharmacies again.  The commercial snowplows worked to clear those businesses so that those people could get to them.  Some would finally be able to travel to warming centers as the power outages spread through the city.  Trees with limbs weighed down with thick, heavy snow brought down power and telephone lines.  Even with the additional help, the side streets had no hope of being cleared for a week at that rate.  They had been the first to be hit by the worst of the snowfall…and they would be the last to dig their way out.

Digging Out From a Historic Snow Storm

From Washington DC to central New Jersey and west to Ohio, the residents of the Mid-Atlantic understood their struggle.  Municipal plows and commercial snow plowing contractors worked tirelessly to clear the white debris.  A blanket of snow 1-3 feet deep covered the region.  Municipalities had learned a fast lesson from Pittsburgh and got their plows out early.  This avoided what the Steel City experienced, namely snow plows frozen on the streets because they couldn’t push the massive volumes of snow that had accumulated.

Even still, the whiteout conditions and unrelenting snowfall had taken their toll and eventually stopped the plows from working.  Streets became impassible and parking lots unrecognizable.  The enormous weight of that amount of snow strained roofs, some of them collapsing under the load.  As the Mid-Atlantic states began digging out, their brothers to the north let out a collective sigh of relief.  The heavy snows had been stopped just short of New England by a strong stationary front.  But that front was already collapsing….and another blizzard was brewing in the west.

Not Your Average Alberta Clipper

As the plows pushed their heavy loads and shovels cleared vehicles and sidewalks, forecasters were distracted.  They were looking to the storm coming down fast from the cold northwest reaches of Alberta.  Initially, it didn’t look like much more than a classic “Alberta Clipper”.  It dropped temperatures quickly as it moved down through the high plains of the United States with little snow.  It wasn’t until the storm passed the suburbs of Dallas that meteorologists began to notice concerning changes.

Normally these systems follow a route that takes them down through the middle of the country.  The colder and relatively drier of the winter storms, these systems normally make their mark by the low temperatures they bring.  They normally bring high winds, as well.  This drops temperatures even lower with wind chills below zero.  They will often continue out toward the east but spin off into the Atlantic without much snowfall for the coast.  However, this was not a “normal” Alberta Clipper.

Taking a Turn For the Worse

As the center of the storm reached Big Bend, TX on the morning of February 8th, the system took a decided turn to the east.  It had already begun pulling moisture from the Gulf of Mexico, causing heavy rains as it moved across the Deep South.  It followed an east-northeast path, inching slowly north as it approached South Carolina.  At 7:00 PM on February 9th, the storm turned northeast and began a transformation into a powerful Nor’Easter.

The snow-weary Mid-Atlantic looked south…and New England braced itself for the inevitable.  With each mile, the storm gathered strength.  Moist air off the coast of the Atlantic seaboard fed the monster.  The intense cold air that had been trapped north of the previous storm now was freed to filter down into the snowy climes of southern Pennsylvania, West Virginia, and Virginia.  The eye of this category 1, hurricane-like storm moved past Norfolk, VA hitting Georgetown, DE head-on.  By 10:00 AM on February 10th, the storm moved through Atlantic City, NJ and began to drift slowly east just before its eye reached New York City.

A Clipper Transforms Into a Powerful Nor’easter

The effects of the storm were brutal.  The system reached hurricane strength as it moved over the Chesapeake Bay.  Sustained winds came with regular gusts of 40 MPH, with some topping 58 MPH.  Whiteout conditions were reported throughout the affected area.  In Williamsburg, VA, poor visibility and treacherous conditions led to a 50-car pile-up.  Seven people were hospitalized.  Washington DC closed down for four days in a row due to blizzard conditions and extensive snowfall.  In Philadelphia, warmer air aloft brought freezing rain followed by sleet.  The warmer air finally gave way to the colder and the precipitation changed over to heavy snow.  Tree limbs gave way under the weight of the wet snow and high winds, cutting power to thousands of residents.  By the end of the storm, over 250,000 homes and businesses were without power.

New Jersey was overwhelmed.  Snowmageddon had only happened a few days before leaving thousands in the dark.  The southern half of the state had been blanketed by over two feet of snow and some counties had enacted bans on all but emergency traffic.  Snoverkill had now brought almost the same amount to the entire state.  LaGuardia and JFK had to close for hours, while other airports were closed for the majority of the storm.  The New York City metro area ground to a halt and heavy snowfall and high winds caused whiteout conditions.  Ice fell in New Jersey ahead of the snow, glazing everything ahead of the white stuff.  Commercial snow plowing companies found the mixture to be particularly challenging as the area dug back out.

Connecticut was the northernmost area affected by the blizzard.  The snow and high winds brought dangerous conditions that resulted in numerous traffic accidents.  These closed major traffic arteries throughout the state.  State government offices and businesses coordinated their closures in an attempt to prevent gridlock.  Airports and mass transit systems mostly shut down as over a foot of snow covered the state.

In Pittsburgh, residents who had just started to dig out were driven back indoors by high winds, freezing temperatures, and more snow.  Blizzard conditions reigned on the morning of February 10th, but by the end of the day, the snows began to end.  When people woke up the next morning, they looked out on nine more inches in the city and over a foot in the surrounding towns and villages.  Blowing and drifting snow exasperated the issues that already existed in the wake of Snowmageddon just three days before this storm.  It would take the city days more to reopen most streets and a week to reopen the schools.  Commercial snow plowing contractors were exhausted helping businesses dig out from under all of the snow.  Simply finding places to relocate the snow was extremely difficult, as there were no easy places to dump it.

Those who were in business during those challenging weeks in February of 2010 will remember the struggle to get back to work.  They were dealing with getting their homes repaired, food on the table, and prescriptions filled.  Some of them had to wait impatiently as their businesses lost money with shuttered doors.  Until the people with contracts were satisfied, there would be no plows coming to their parking lots and access roads.  Municipal plows barricaded their entrances with walls of snow and ice.  Some businesses were closed for a week or more waiting for available commercial snow plowing contractors.  That didn’t even count those who had to wait for the snow to be removed before building contractors could get crews in to repair damage from the snow and wind.

Brancato Is Your Best Choice!

The next storm could cost you thousands in lost revenue while your competitors are open for business ahead of you.  Contact us today to get your free commercial snow plowing consultation and quote.

Don’t wait until you need it, get your contract in place today.