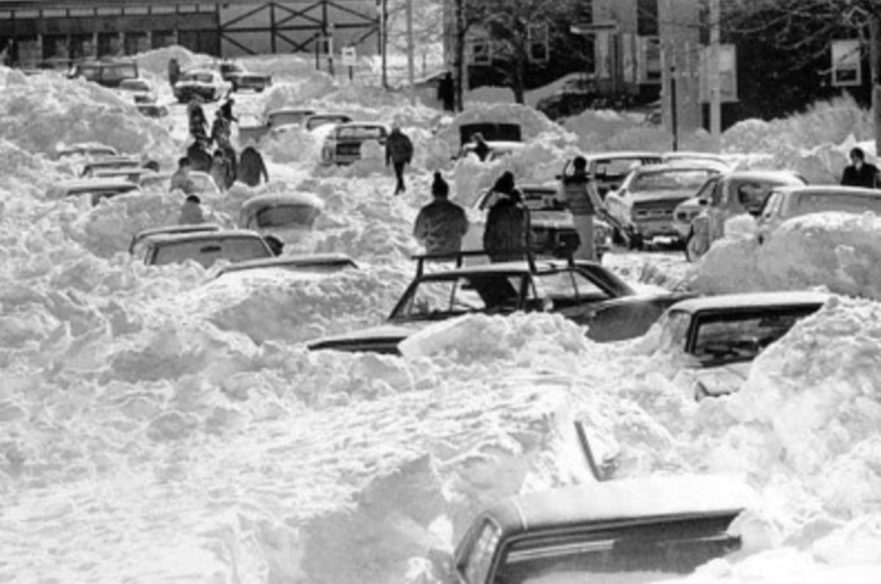 Snow removal services are an important part of any business plan!

One of the biggest challenges as a business owner is to work through weather surprises that negatively impact our bottom line.  Meeting our bills and our payroll while the doors are closed is every owner’s nightmare.  You want to get those doors open ASAP, and the best way to do that is with preparation.  Having good information and a reliable snow removal services partner in such cases is important!

Winter weather is one of those places where the unexpected can happen…and often does!  We rely on experienced meteorologists to get us reliable information as quickly as possible.  We have come to depend on those scientists to be as accurate as possible to help us to make important decisions.

While we will often rib them about the times that they are off the mark, forecasting the weather has improved remarkably over the past fifty years.  But in late January of 1967, an accurate forecast was not what Chicago residents experienced.

A City Surprised By Snow

The beginning of the work week was uneventful for most Chicagoans.  A January thaw was firmly in place and people were enjoying a break from the normally frigid temperatures and the cold wind coming off the lake.  It was winter in the Midwest, so they all knew that the winter could come back soon enough.  But the high on Tuesday, January 24, 1967, was a very mild 65-degrees.  That late in January, folks began to wonder if that winter was going to fade off into an early spring.

The weathermen were already hinting that cooler temperatures and a little of the white stuff were heading their way.  Things wouldn’t get too bad, although there was the possibility of ice coming down with the snow in some areas.  Even then there was only a 50% shot that anything would happen at all.  The snow removal services industry was in its infancy still and any amount of snow or ice could make things difficult on the way home.  Chicagoans are a hardy bunch, though.  What’re a few flakes?

Winter Pounds on the Door

When residents woke up on January 25th, the mercury had already fallen over 30 degrees bringing winter’s chill back to the neighborhood.  The weather forecast that evening called for a snow and ice mixture, but nothing unusual for Chicago.  It wouldn’t be until that night that the National Weather Service would increase the forecast to call for possibly four inches of snow.  Even that forecast was woefully short of what was headed their way.

The weather map told the story of a perfect mixture to create a massive snowstorm.  High humidity had built up into the interior of the Midwest from the Gulf in the days prior to the storm.  A strong high-pressure system dropped in from the frigid northern reaches of Canada, settling in above North Dakota.  An interaction with a powerful low-pressure system in southern Missouri funneled more of the warm, moist air right into the edge of the cold front, namely Chicago, IL.  The effect would be devastating.

At 5:02 AM on Thursday morning (01/26/67), the first flakes of snow fell on the Chicagoland area.  Forecasters revised the prediction to 4-8 inches, but remained determined that the storm could not produce any more.

Snow fell through the morning and into the afternoon.  It became obvious that even if the snow ended that afternoon the city was in serious trouble.  By noon, there was already eight inches of snow on the ground and O’Hare International Airport shut down.  Schools and some businesses decided to close their doors early, putting children out onto the clogged sidewalks and streets.  There was more than one story of children losing shoes and collapsing from exhaustion after walking many blocks in deep snow.

The evening commute was brutal.  Some workers became stranded at work, without food or supplies.  Cars became stranded on the road.  City buses stopped running their routes.  The commuter and elevated lines closed down.  There was so much snow that it became difficult for the city plows to move around the streets.  And still, the snow kept coming without pause.

Snow Storm of the Century

The winds tore across Lake Michigan and right over the now very Windy City.  Funnel clouds were spotted during the blizzard.  Snow was driven by 50 MPH winds, causing white-out conditions.  Lake effect snow was pummeling the city.

Even in the face of this, the weatherman on WMAQ-TV (Channel 5) stated confidently during the evening broadcast that the “worst of the storm was over.”  He was off by 12 hours.  That night the snow continued to fall at a steady rate, piling up on the streets and being blown into 10-12 feet tall drifts.  In all, the snow fell continually for a total of 29 hours.  The total accumulation was just under two feet (23 inches to be exact).  Snow removal services throughout the city were overwhelmed. Snowdrifts buried city buses and stranded vehicles became lumps of snow on the streets.  It was the single most impactful event in the city’s commerce and transportation since the Great Chicago Fire of 1871.

On Friday morning, the city of Chicago was at a complete standstill.  An estimated 20,000 cars and 1,100 city buses were stuck in the snow-filled streets.  Snow plowing had become next to impossible during the storm.  People had to walk to the nearest store to pick from quickly emptying shelves.  The area hospitals used helicopters to transport needed medical supplies and medicines to residents throughout the city.  About a dozen or more babies were born at home.

Snow plowing wasn’t the only issue the city faced.  Looting began to be a problem in the western and southern parts of the city.  Authorities were already spread thin trying to help the city get back on its feet.  Many of the policemen had their own families to care for with limited supplies.  Criminals took advantage of the situation, targeting the many closed businesses in the area.  Police and looters had several shootouts over the next few days.  Some of those shootouts became harrowing for police and citizens alike.  A young girl was caught in the crossfire between looters and police.  She was one of twenty-six people who died during the storm.  Some of the others died of heart attacks while shoveling the snow.

The Chicago Transit Authority (CTA) managed to get the commuter trains and the El running by Saturday afternoon.  Many of the city bus lines were running in some capacity.  O’Hare was hit so hard that it couldn’t resume flights until midnight Monday, January 30th.  Most schools didn’t open their doors until Tuesday morning.  In all, the city of Chicago mobilized a workforce of over 2,500 people with hundreds of pieces of equipment to clear the city streets.

The weekend gave no relief to the crews working hard to clear the snow.  The temperatures remained below freezing with winds just under 50 MPH.  Not only did the snow not melt, but it was being blown over the areas that had already been cleared.  The storm was followed four days later by a smaller storm that brought four more inches.  Four days after that storm another brought another eight inches.  It took the snow removal services (public and private) over three weeks to remove all the snow from the city streets.

From January 26 through the first week of February, Chicago received as much snow as it normally receives in an entire year.  The event forced Chicago to reconsider how it prepares for and handles snow emergencies.  There was so much snow all at once that the city services were overwhelmed.

Although the city had about 500 available city lots to pile the white stuff, that acreage still fell short of what was needed.  Some of the snow would be dumped into the Chicago River, much to the frustration of environmentalists and city planners.  Some of the snow was loaded into refrigerated rail cars and shipped to Fort Meyers Beach, Florida.  This was in response to a letter written by 13-year-old Terri Hodson to William Quinn, then president of the Chicago, Burlington, and Quincy Railroad.

The Whiting-Robertsdale Historical Society wrote in a blog post about the blizzard: “There would be significant snow falls in 1979 and in 2011, but 1967 still stands as the year of the largest single snow storm in area history.”  That “largest single snow storm” cost an estimated $150 million ($1.2 billion when adjusted for inflation) in commercial losses.  Worse yet, 60 people had lost their lives during the storm and in the few days after it.  Some roofs caved in and a wall collapsed at a construction site in the Stoney Island Park neighborhood, killing one man and injuring several others.

Brancato Is Your Best Choice for Snow Removal Services!

The next storm could cost you thousands in lost revenue while your competitors are open for business ahead of you.  Contact us today to get your free snow removal services consultation and quote.

Don’t wait until you need it, get your contract in place today.