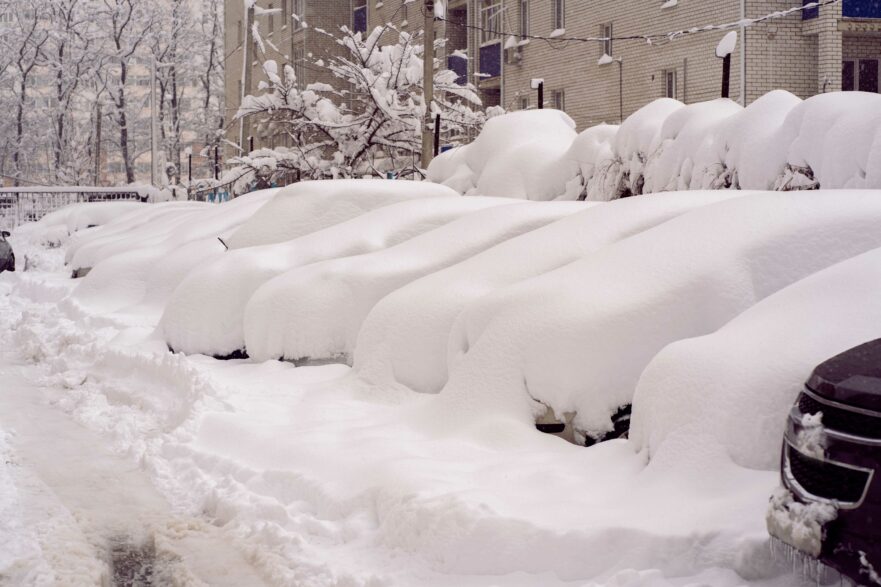 Who will provide your snow plowing when the next blizzard hits?

Snow plowing will become an increasing need as this winter moves forward.  The forecast models told us early on that this winter would be colder and snowier than normal, and so far it has proven them right.  Before all was said and done, we had record-breaking temperatures in the Midwest and South, a bomb cyclone, and a wrap-up with an Alberta Clipper. The final effect was with the Buffalo, New York snow removal, which is still not finished a week after the storm began to drop snow on those city streets.

According to the 2022 Farmer’s Almanac, the forecast for much of the United States is colder and snowier than normal.  This lines out with their perennial competitor for weather prognostication, the Old Farmer’s Almanac.  Although they have a couple of differences in their forecast, they are pretty well in sync.  While there are those who look sideways at those two publications, everyone took note when more mainstream scientific forecasts agreed with their predictions.

As we headed into December we all waited with bated breath for the weather to turn cold and snowy.  Most of the month passed uneventfully for the continental United States as a whole.  Then a massive storm appeared off the coast of Washington State.  The storm was filled with moisture from the Pacific Ocean and fed arctic air from Canada.  As it roared on-shore on December 20th, it brought heavy rain and plummeting temperatures to Seattle and the surrounding areas.  The rain gave way to snow, which intensified as it moved further inland.

Winter Storm Elliot, as the storm was dubbed by The Weather Channel, trekked across the northern United States dumping snow as it went.  Cold temperatures put everyone on alert.  Forecasters were warning of life-threatening cold temperatures as a fresh wave of polar air would be shunted down into the Great Plains.  The low-pressure system dropped down out of the northern Rockies and pulled with it arctic air out of Alberta.  This brought below-zero temperatures, even to many places that are not accustomed to such cold.  Cities in Colorado and Wyoming saw temperatures fall 30-50 degrees in a day.  Further south, cities like Dallas reported -7, while Memphis, TN reported -14.  The freezing line eventually would drop as far south as Mobile Bay and central Florida.

Along with those cold temperatures was a violent and unrelenting wind.  Even places that only received 3-6 inches of snow experienced a blizzard.  The high winds drove the snow into white-out conditions.  Many places received more snow, which exasperated the situation, creating drifts that were six feet or higher.  The conditions continued for most of the day, making travel hazardous and knocking out power to almost 1.5 million.

As the storm swung around to head northeast it gained strength from the warm, moist air in the Gulf of Mexico.  Winter Storm Elliot moved quickly as its windspeed maintained a fevered pitch.  It crossed Kansas and Missouri, taking aim at the Great Lakes region.  Snow removal services like Brancato had to wait out the blizzard but moved quickly as soon as it had passed to start the cleanup.

But the storm was far from over for the United States.  There were millions of people in the path of the storm and the winds and frigid cold were unrelenting.  Meteorologists began to worry about a possibility they had seen early in the storm’s track.  Everything needed to create what is known as a “bomb cyclone” was present as the storm approached Chicago and the Lake country beyond it.  And the storm was making a bee-line for the warmer waters of the Great Lakes. That was a dangerous prospect for cities like Buffalo, New York.

What is a Bomb Cyclone?

All non-hurricane storms in the Northern Hemisphere are cyclones.  The difference is in the intensity of the storm.  Meteorologists will talk about the beginning of these storms as “cyclogenesis”, literally the cyclone beginning.  The beginning of a particularly powerful storm can be called “bombogenesis”, which is a blend of “bomb” and “cyclogenesis”.  The word “bomb” is borrowed from the term for the storm itself, “bomb cyclone”.  A storm born out of a bombogenesis event will be a bomb cyclone.

In order to be classified as a bombogenesis, the barometric pressure inside the storm has to plummet 24 millibars in 24 hours.  This most often happens within an ongoing storm system.  The lowering of atmospheric pressure occurs when the column of air at the center of the storm rises.  The faster the air rises the faster the air pressure drops.  The drop in air pressure has a reciprocal effect on the air around the center of the storm, drawing it in to replace the air that is rising.  The more rapidly this occurs and the lower the air pressure, the faster the air comes in to replace it.  This can produce damaging winds and if there is sufficient cold air, it will also create intense wind chills.

A Monster Storm Gets Super-Sized

As Winter Storm Elliot moved over the Great Lakes something happened that meteorologists had been fearing for days.  The waters of the Lakes were warmer than the intensely cold storm that moved over them.  This provided conditions that often only happen over the Pacific or Atlantic Oceans.  The air circulating in the storm was warmed as the storm churned the waters beneath it.  This caused the air to begin to rapidly move upward, dropping the air pressure.  Frigid air was pulled into the center, which only exasperated the issue.

Now, in addition to the epic cold air, residents in the path of the storm had a new reason to fear this storm.  As the storm moved away from the Gulf of Mexico it had been exhausting its supply of humid air.  As it moved over the Great Lakes it had a new arsenal to draw from.  Although the Great Lakes are colder than the Gulf, it was still significantly warmer than the storm.  With smaller storms, this results in the lake-effect snow that makes places like Buffalo, NY legendary.  But this was no small storm.

The storm tracked further east setting records throughout Canada for low pressure, wind speed, and polar cold.  As it approached Western New York State it strengthened into a storm that has been described as a “once in a generation” storm.  Emergency services teams scrambled to get supplies distributed and prepare for the inevitable.  In Buffalo, New York, snow removal services prepped their snow plowing equipment for the cleanup afterward.  On Friday morning, the storm arrived with unusual ferocity. Over the new two days, almost 50 inches of snow was driven by winds over 40 MPH with temperatures that dropped down into the single digits by an average rate of a few degrees an hour.  The wind chills were at times lower than -30F.

The heavy snow and strong winds made quick work of power lines, driving many people out into the tempest in search of warmth.  Thousands of people were without electricity and heat. In several cases, they were in no better shape out in the storm.  It didn’t take long for many of those people to be stranded in their vehicles.  Emergency services were strained to the breaking point.  Fire trucks and emergency vehicles fell victim to the whiteout conditions and treacherous roadways.  In the midst of the ferocious blizzard, almost 40 people lost their lives, bringing the death toll to at least 90 throughout the United States.

The total damage from the storm will take some time to determine.  There is no doubt that there will be plenty of snow plowing in the future for snow removal services across the nation.  But in the midst of the harrowing stories of survival are equally moving stories of people risking their lives to save others.  From neighbors checking on their elderly friends to strangers helping a family to safety, people across the United States showed their true colors.  It is the kindness and generosity that we have seen over this Christmas weekend that is the strength that will see us through such disasters.

The Buffalo New York snow removal services are working around the clock. They are trying to clear the streets before temperatures in the fifties make the snowy roads into rivers. Meanwhile, safety checks of residences are trying to account for everyone. Officials fear that the death toll could continue to rise. Federal emergency services personnel are interviewing the survivors to determine what could be done differently to avoid the tragedy from happening again.

Over the years, our family at Brancato has been a big part of helping through these disasters, as well.  We have the people, expertise, and equipment to get the job done.  Moreover, our teams are a close-knit group dedicated to the communities and customers that we serve.

Our seasoned and trained staff is ready to handle any kind of snow emergency. Equipped with radio dispatches, all-terrain vehicles, and commercial-grade snow plows, our team members also carry maps of all sites that are clearly marked with areas for clearing and relocating snow. Whether you need snow plowing, snow shoveling, or ice management, we have you covered!

At the beginning of this season, Brancato expanded to include Buffalo New York snow removal services! We are proud to be a part of working to reopen that proud city after its worst winter storm in memory. If you have a business or organization inn Buffalo, contact us for a quote today!

Are you not one of our customers yet?  A snow removal service contract with Brancato will ensure that we have you covered no matter what winter weather is headed our way!  Contact us today and get your free quote.  Our sales staff are friendly and knowledgeable and would love to help you figure out how best to meet your snow removal service needs.  After that, one of our service managers will set up a site visit and we will get the process moving forward quickly and easily!